Conditioning Class: A Story of Love and Heartbreak

I started taking conditioning class at my gym a few weeks ago, and at first, I couldn't even make it through without a break (which is even more embarrassing when the 70-year-old next to you doesn't need one).  But after a few classes, my legs started finding their rhythm, and I even rediscovered a bit of my old athleticism.  Soon after, Lindsey said (unprompted) I was looking 'buffer'.  Heck, I felt buffer.

But the best part of class was the instructor, Mike.  Mike pushed us to the limit, but knew when to let up.  He had fun with us, but commanded respect.  He was always on time, but didn't get mad if we were late.

And most importantly, he thought I was the best.

Mike usually just watched students do ladder drills, but when it was my turn, he'd step in behind me and follow at top speed, pushing me to work harder.

"You know you're only the third person I've ever seen who can backpedal on the ladder without looking down?" Mike asked me one day.
"From my DB days," I answered, like a true meathead.
"Aha. I knew it was something!"

Every night after class I'd come home raving to Lindsey.
"Babe, guess what Mike said today??"
"You're not gonna leave me for him, are you?" she'd joke.

But I really was smitten.  I couldn't wait for next class.  Mike was the best thing to happen to my post-athletic career.

After class this past Saturday, I was stretching my hamstrings while Mike made the rounds.  I'd never talked to him outside of class before, so I thought it would be a good time to pick his brain on the NFL a bit.  I couldn't wait to hear his insights on the AFC and NFC Championship games.

So I told him who was playing, and he started giving me some long-winded, football-for-novices answer about Peyton Manning being really good.  I don't know.  I wasn't listening.

All I could hear was the sound of my heart breaking.
Posted by Matt at 10:13 AM

"Denny Hamlin, the popular preseason pick to unseat four-time defending champion Jimmie Johnson, tore the anterior cruciate ligament in his left knee while playing basketball, but will not have surgery to repair it until after this season." (AP)

No offense, NASCAR fans, but if you can tear your ACL and still play, it probably isn't a sport.
Posted by Matt at 10:04 AM 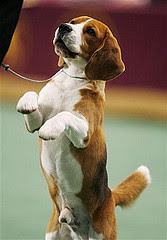 This past Monday, the NBA couldn't seem to tell me enough about their twelve-game smorgasbord in honor of Martin Luther King Day.  It was almost as big a deal as they made of their Christmas coverage, clearly trying to 'own' these holidays the way the NFL owns Thanksgiving.

Well, if owning holidays is becoming the rage, then plenty are still up for grabs.  And FVG has some suggestions for the ones upcoming....

Valentine's Day (2/14): The Westminster Dog Show needs to make a move here.  It's always within a few days of Valentine's Day anyway, why not make it a holiday tradition?  I mean, it's not like any girl's gonna let her man watch a real sport.

Presidents' Day (2/15): Washington and Lincoln played horseshoes. Teddy Roosevelt loved to hunt. Gerald Ford was a standout football player, and the Bushes loved baseball. But it's Obama time now, and as we all know, he looooves to fill out his NCAA bracket.  Until horseshoes makes a comeback, this is yours to lose, college hoops.

Lindsey's Birthday (2/26): This is just to help me remember it's coming.

Purim (2/27): I can't remember what this holiday's about, but let's go ahead and give it to the NBA in honor of Omri Casspi, the Kings' rookie shooting sensation from Tel Aviv.

St. Patrick's Day (3/17): ESPN could show some initiative here and televise a professional drinking contest...  Or they could just show a Celtics' game.

Passover (3/29-4/6): The Haggadah says that "On all other nights we sit, but on this night we recline."  So whichever sport owns this holiday would have to be really relaxing, and slooooow.  Wait a minute....

That's the first week of baseball!

Saints (-3.5) vs. Vikings (6:40 ET).  I think two Favre interceptions plus a Peterson fumble equals a Saints win by more than three. I also think that no matter what happens, we'll be treated to another offseason of non-stop Favre retirement talk.  I've given up.  It's never gonna end.

...Three plays before, they'd run a screen to my side for a huge gain, and I wasn't about to let it happen again.....I sniffed it out this time, and keyed in on the running back. I had to get to him before the guard got to me. So I shed my blocker, sprinted toward the back, waited for him to catch the pass, and...BOOM!!!!.....

And just like that, I awaken to realize I'm not, in fact, playing high school football again. I'm on a plane home from the Dominican Republic. The 'running back' was an old lady in the row front of me, startled that I'd just form-tackled her seat back. Lindsey, who'd been asleep on my shoulder, fell forward and smashed her head on the tray table.

My dream had become a bit too real for everyone.

It wasn't the first time, either. During one of our early sleepovers, Lindsey awoke to me furiously screaming "Pass me the f***ing ball!" I've also been caught at the bottom of a pile ("Get off me!" with a violent scissor-kick) and the victim of poor officiating ("That's a FOUL!"), amongst others.

Springsteen cheerfully mused about guys dreaming of glory days. But I don't think he meant it like this.

I literally dream that I'm back in the game.

I'm not sure why it happens. (If you search the internet for the meaning behind your dreams, it just tells you you have anxiety.) Maybe I need to start playing more football? A group of friends invites me to join them Sunday mornings, but I turn them down because 1) I don't want to get injured, and 2) I don't want to miss the beginning of the 1:00 games.

But I don't think that's it, anyway. Besides, it's too coincidental that this dream came the morning after I'd missed not one, but two NFL playoff games, because of our Dominican Republic vacation.

Clearly, the lesson to be learned here, is to never let that happen again.


Sunday Picks
(Sorry for not picking yesterday's games. Like I said, we were away.)

Dallas (+2.5) @ Minnesota (1:00 ET). New Orleans and Indy bounced back nicely from their lackluster regular season finishes. I think Minnesota's case was different. They weren't packing it in. They're just not as good as they were to start the year.

Jets (+7) @ San Diego (4:00 ET). This is somewhat of a hedge, because if the Jets keep this close and perhaps even beat San Diego to make the AFC championship as I fear they might, I won't be able to bear it. 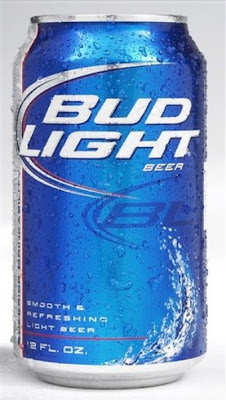 During a playoff game last year, I estimated that over the course of my life, I've drunk a thousand beers I didn't want, just because a big game was on and I felt like I had to.


Since the beginning of time (or at least the invention of light beer), unnecessary beer-drinking's been as much a part of big games as unnecessary fights with your girlfriend at halftime.


Why are some games more beer-worthy than others? Why don't Ramsey and I feel compelled to crack one open when the Knicks play the Bobcats? I’m not sure there’s a formula for it. I think you can just tell once the action starts if you’re feeling emasculated or not, and then make a beeline for the fridge if you are.


Your initial hesitation is usually well-founded. You're either hung over from the previous night (body), or worried about being hung over for tomorrow (mind). Neither stops you. They only make you drink slower, and enjoy it less.


But isn't that what it's all about, anyway? It's not like beer was created to beat Pepsi in a taste-test challenge. Beer is about the occasion. There are certain times we drink beer, and we don't question it. We simply join the party.


So tonight, when you're watching the National Championship, and your roommate tosses a Bud Light at you, and you'd rather let it hit you in the face than drink it, try not to think about it.


In case you didn't see my college bowl picks, FVG loves Bama (-4) tonight, and needs them to pull through to get back to .500 for the year. Here are the rest of our picks....


Jets (+2.5) @ Cincinnati (Sat 4:30 ET). Cincy will come with a better effort than last week, but that won't make them any healthier on defense. As much as I hate to admit it, Rex Ryan's team is playing with swagger.

New England (-3.5) vs. Baltimore (Sun 1:00 ET). I think Edelman plays the Welker part better than people think this week. And the Pats were 8-0 at home this year.

Green Bay (+2.5) @ Arizona (Sun 4:40 ET). I like this even more if Boldin doesn't play. But even if he does, I still think it won't be enough. Green Bay's clicking on all cylinders right now.