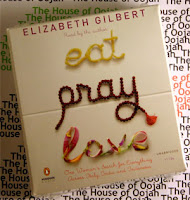 I work in advertising. I'm fully aware of "targeted" ads that know terrifying amounts about us and suggest products accordingly. But I got one on Facebook yesterday that definitely got my attention. It said:

The first thing I thought was: Wait a second, I've watched enough sports this summer? Do you read this blog? Hang out with me this fall, Mr. Web-Targeting Smarty Pants, then you'll know what "enough" sports is. Second, my girlfriend does NOT want me to take her to this movie. She wants to go with Val. Or maybe her sister. Perhaps even both. Basically, anyone but me. So again, you're barking up the wrong tree.

Third of all, even though it won't work this time, I've got to hand it to you: We don't see enough of this outside-the-box thinking in advertising today; this "reverse-boyfriend/girlfriend" targeting strategy. I think it has real potential.

In fact, I went ahead and came up with one for Lindsey:

You've watched enough 'Kourtney and Khloe Take Miami' this summer. Time to dedicate the next month and a half of your life to helping him prepare for his fantasy football draft! You see, he's decided Draft Preparation season officially starts today (because he's sick of waiting, and because the Mets haven't scored in a week). He's going to need a minimum of four (4) fantasy preview magazines, as well as a college football preview magazine for when he needs a break!

Also, he's not going to be thinking about much other than his fantasy draft for the next 45-or-so days, so he's gonna need you to not get annoyed with him, ever! If you catch him deep in thought and ask him what he's thinking about (like girlfriends often do), be ready for an answer like "I'm wondering if Ben Tate can really win the Texans' RB job" and then remain even-tempered, because that's what a good girlfriend would do!"