It was a chilly December afternoon. Freezing, technically. Yet here was my co-worker Melissa walking next to me -- CARRYING a heavy, hooded sweatshirt -- complaining and shivering.

"It's SO cold."
"Put on your sweatshirt!"
"This sweatshirt?"
"Yeah, the one you're HOLDING!"
"No way, it's ugly."
"But you're freezing."
She may have considered wearing it for a brief second, but probably not. Instead, she decided to teach me a lesson I should've already known.

Even in extreme conditions, women will always make this choice. How else do you explain high heels? They cut your ankles, give you bunions, and turn the simple task of walking into an extreme sport. It's a good thing porcupine scarves aren't fashionable. (Wait, are they?)

Yet before I pour it on too thick, it's only fair to realize we're guilty of it, too.

Especially when it comes to sports... 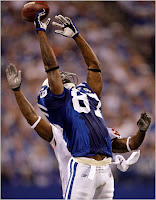 1. WRISTBANDS ON BODY PARTS OTHER THAN THE WRIST

It itches, and disrupts blood flow, but the minor discomfort is completely worth it given how awesome it looks. It makes your muscles look bigger. It doesn't have nearly the same effect if your muscles aren't big to begin with, but still well worth it.

Lindsey's take:
Wait, this isn't functional? If not, at least make them in seasonal colors. 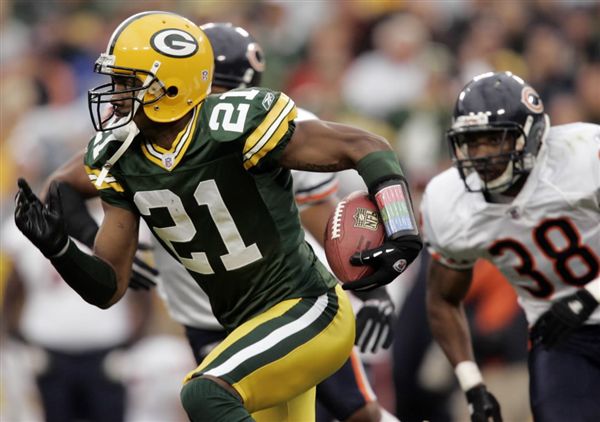 Unwise, unsafe, and uncomfortable: If you had to wear an 8-pound weight on your head, would you want it flying around everywhere? Not to mention it gets you a $10,000 fine. I mean, it does look a little bit cool and reckless, but seriously? It's your head!


Lindsey's take:
I bet they wouldn't leave their belt unbuckled...

3. DREADLOCKS, IN A SPORT YOU COULD BE LASSOED BY THEM
I just want to cry out when I see this: "It doesn't have to be this way!" Not only is it horrific, but it gives defenders another way to tackle you. It's the tackle-football equivalent of wearing an extra flag around your waist.

Lindsey's take:
I like it. Shows a sense of style and individuality. 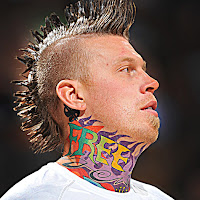 4. TATTOOS
I guess once you're playing it doesn't hurt, but can you imagine the discomfort in getting all of them? These days there's a bit of an arms race to see who can get the most tattoos in the most unlikely places. Right now, the Birdman's looking tougher and tougher to beat. 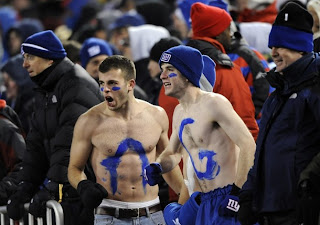 
If you really crave attention, this gets the job done: People will notice, and at some point, the camera will find you. But at what point? You have no idea, so you have to remain shirtless. And it's - so - cold! The only way this even seems possible to me is if you take so many bowling ball shots in the parking lot you can't feel your skin...in which case, you're gonna end up in the hospital anyway.

Lindsey's take:
If you're gonna have your shirt off in the middle of winter, at least get a spray tan.